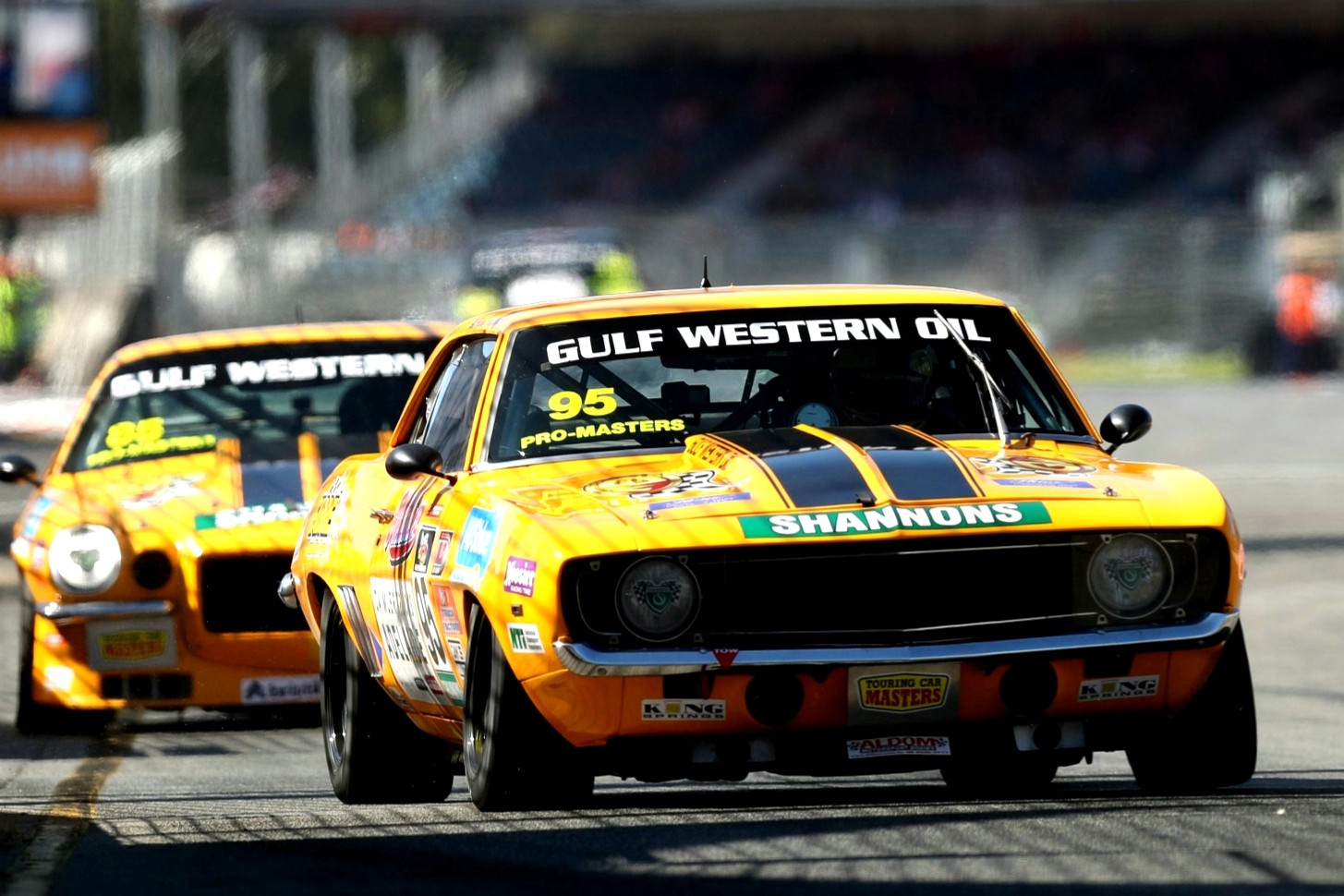 FIVE-TIME Gulf Western Oil Touring Car Masters race winner Adam Bressington will be reunited with his racing family when he returns to Whiteline Racing for the third round of the series next week in Sydney.

As well as being his home round, the Sydney event marks a comeback to the team that helped the New South Wales driver to a Pro-Am class championship amidst a 31 round, 101-race stint with the Adelaide-based team.

‘Bresso’ joined Whiteline Racing in 2016 and was immediately on the money, driving the team’s 1969 Chevrolet Camaro SS.

His first race win for the team came in Adelaide in 2018, before backing it up with further victories at Winton and Newcastle the same year, on his way to winning the Pro-Am Class title that year.

His first ever TCM round victory came at the Adelaide 500 in 2020, though the remainder of the season was cut short due to the ongoing Pandemic.

With Mark King firmly ensconced in the team’s 1969 Camaro SS, Bressington will steer the same #85 Whiteline Camaro raced by Adam Garwood for the opening two rounds.

Along with Whiteline’s extensive suite of sponsors, Bressington will also be backed by motorsport parts retailer, Competition Products, at Sydney Motorsport Park.

“I can’t wait to be back. I wasn’t planning on a comeback at this point but I just want to race and enjoy it with no pressure,” Bressington said.

“I’m looking forward to hanging with my Whiteline family again and as a bonus, because it’s a local round my family can be there for the weekend too.

Bressington’s return comes following the departure of the young Tasmanian from the team following the first two rounds of the 2021 season.

Garwood finished second in the opening round of the championship at Symmons Plains, before qualifying on pole at Mount Panorama; the team’s first in a decade.

“We’re sorry to see Adam and the Garwoods go; in just a short space of time we’ve had a lot of great results and good times together,” The Whiteline team posted on their Facebook page.

“But once you’re part of the Whiteline Racing family you never really leave, so they’ll always be part of our team – driving or not. We wish them the very best for their next adventures in life and in motorsport!”

Bressington’s return comes at a competitive time for the TCM series, six different drivers having won the first eight races of the season contested to date.

Fresh from securing his first ever Touring Car Masters race win at Mount Panorama, Cameron Tilley sits third in the standings aboard his fan-favourite Valliant Pacer.