RACY WEEKEND IN SYDNEY HAS WHITELINE UP THE FRONT 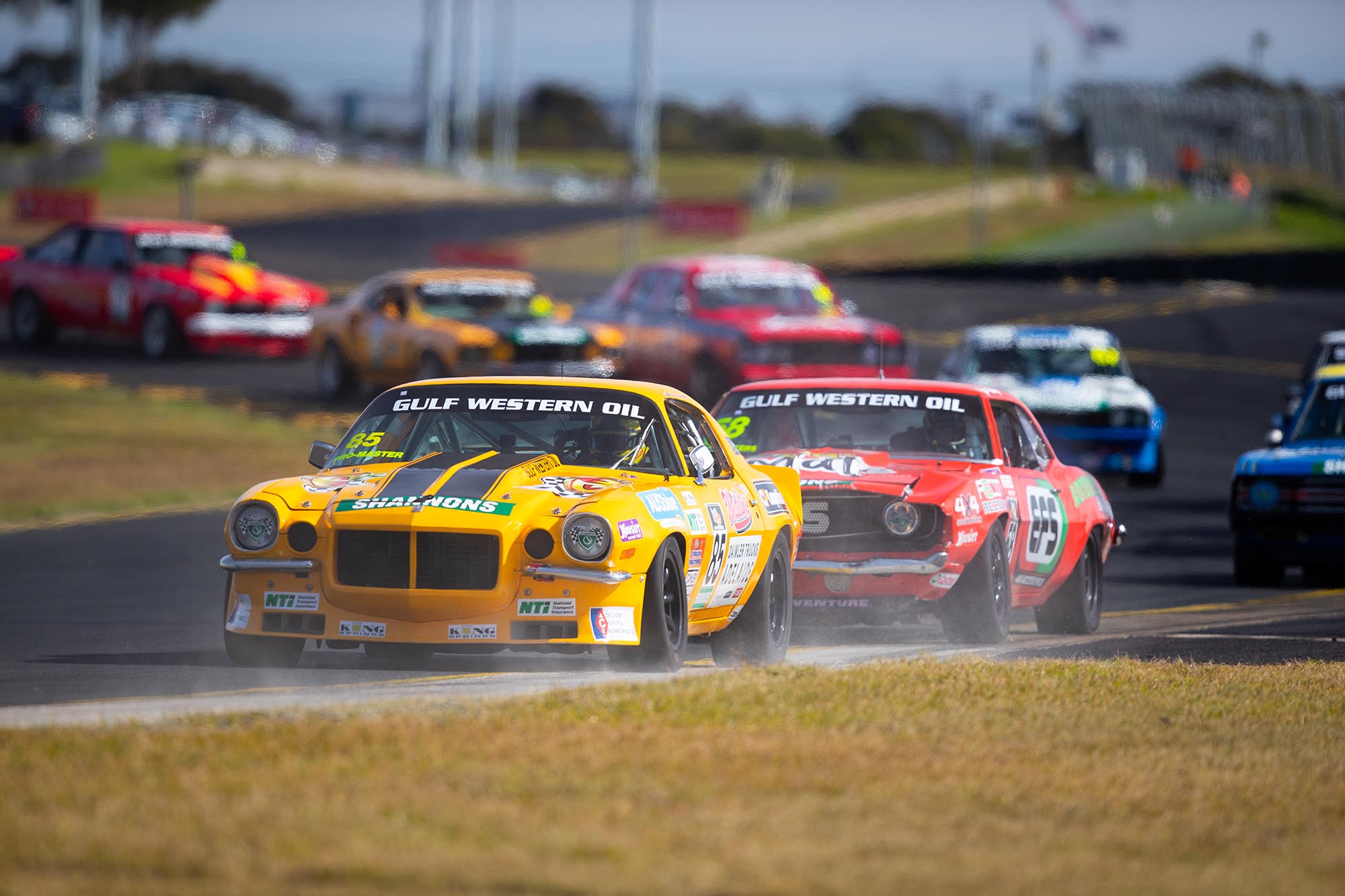 That was the vibe around the Whiteline Racing team as the South Australian squad powered to competitive results in the third round of the Gulf Western Oil Touring Car Masters Series at Sydney Motorsport Park.

After more than a year out of the seat, Whiteliner Adam Bressington returned to the team for the Sydney round and narrowly missed the podium, while Mark King continued to make strides forward aboard the #95 Camaro in just his third round back on track after a long break.

Bressington, driving the #85 1970 Camaro RS, powered his way through the field in each of the races to finish fourth overall in Sydney, scoring finishes of fifth, fourth and sixth in the three championship races, respectively.

The event began with qualifying under lights on Friday evening, the Whiteline pair easing their way into proceedings with a steady start.

Bressington qualified 11th at a 1m40.28s, just 1.5 seconds from pole and only 0.5 seconds away from the third row of the grid in a tightly-packed TCM grid.

Both made forward progress in the first championship race of the weekend, held on Saturday in fine conditions in Sydney’s West.

After completing the opening lap in 12th position, Bressington began his charge forward from there and by half-way through the 11-lap race he was running seventh.

A series of spectacular late moves amidst a six-car battle pack saw him leap to fifth with two laps to go, holding out Cameron Tilley’s Pacer at the end to grab a strong result in his comeback drive.

King also made forward progress; he climbed to 13th by the fourth lap and then improved a further spot on lap five to end up 12th.

The Trophy Race was next and brought even more strong results for the Whiteline duo. 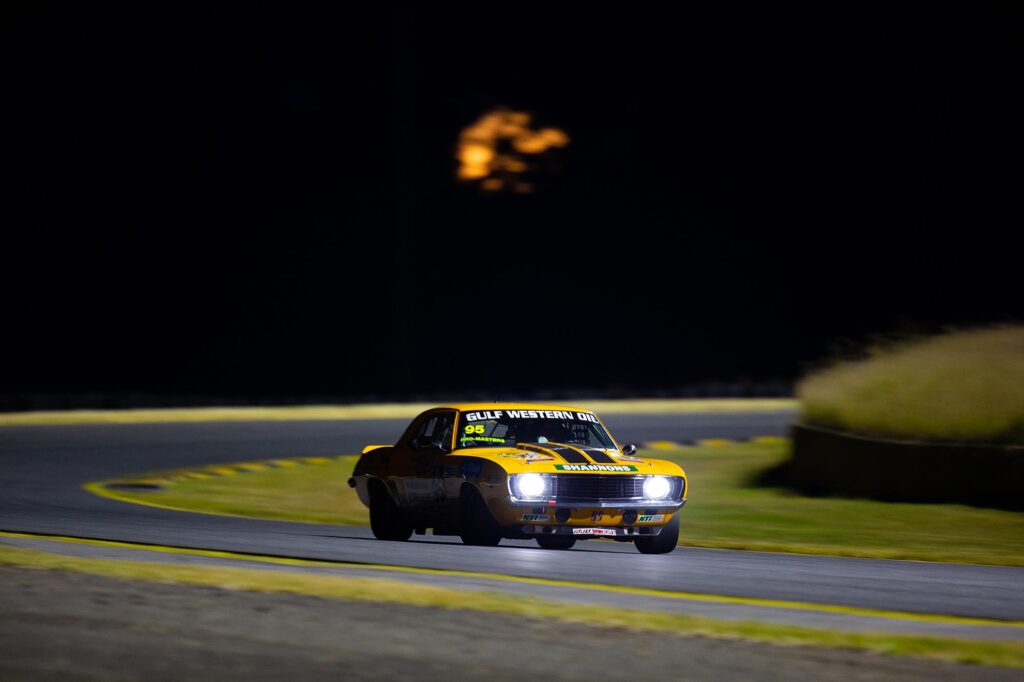 Taking advantage of qualifying outside the top-10, the grid inversion worked perfectly for both Bressington and King as the pair ran at the front of the field for the full 10-lap duration: #85 finishing on the podium – and setting the race’s second fastest lap – while #95 grabbed an outstanding fifth position after holding out Ryan Hansford on the final lap.

The second championship race of the weekend saw Bressington continue his march forward, finishing fourth outright after a furious battle with Ryal Harris, Cameron Tilley and John Bowe that waged until he checkered flag. King had a slightly more challenging race, finishing 15th.

The final race saw more of the same intense racing throughout the field as Bressington finished sixth – but could have easily been third, fourth, fifth or even seventh had things rolled differently in the middle of a massive six car battle for the final step on the podium.

King made sensational progress and climbed several spots from his race two finish to end up 12th.

Overall, the enormously positive weekend for Whiteline Racing saw Bressington finish second in the ProMasters class on his racing return, while Mark King now sits 10th in the championship at the series half-way point.

Given Bresso hasn’t raced since March 2020 – when he won at the Adelaide 500 – and Kingy is three races back into a comeback after an even longer layoff, the team is enormously pleased with the progress this season.

The next round will see Whiteline head to uncharted territory; Morgan Park Raceway in Warwick, two hours inland from Brisbane, set to be the location for the next event in late June.

Neither TCM nor the Whiteline Team have ever raced at the scenic venue in Queensland – a quick, country circuit with lots of undulations and what should be a very level TCM playing field.