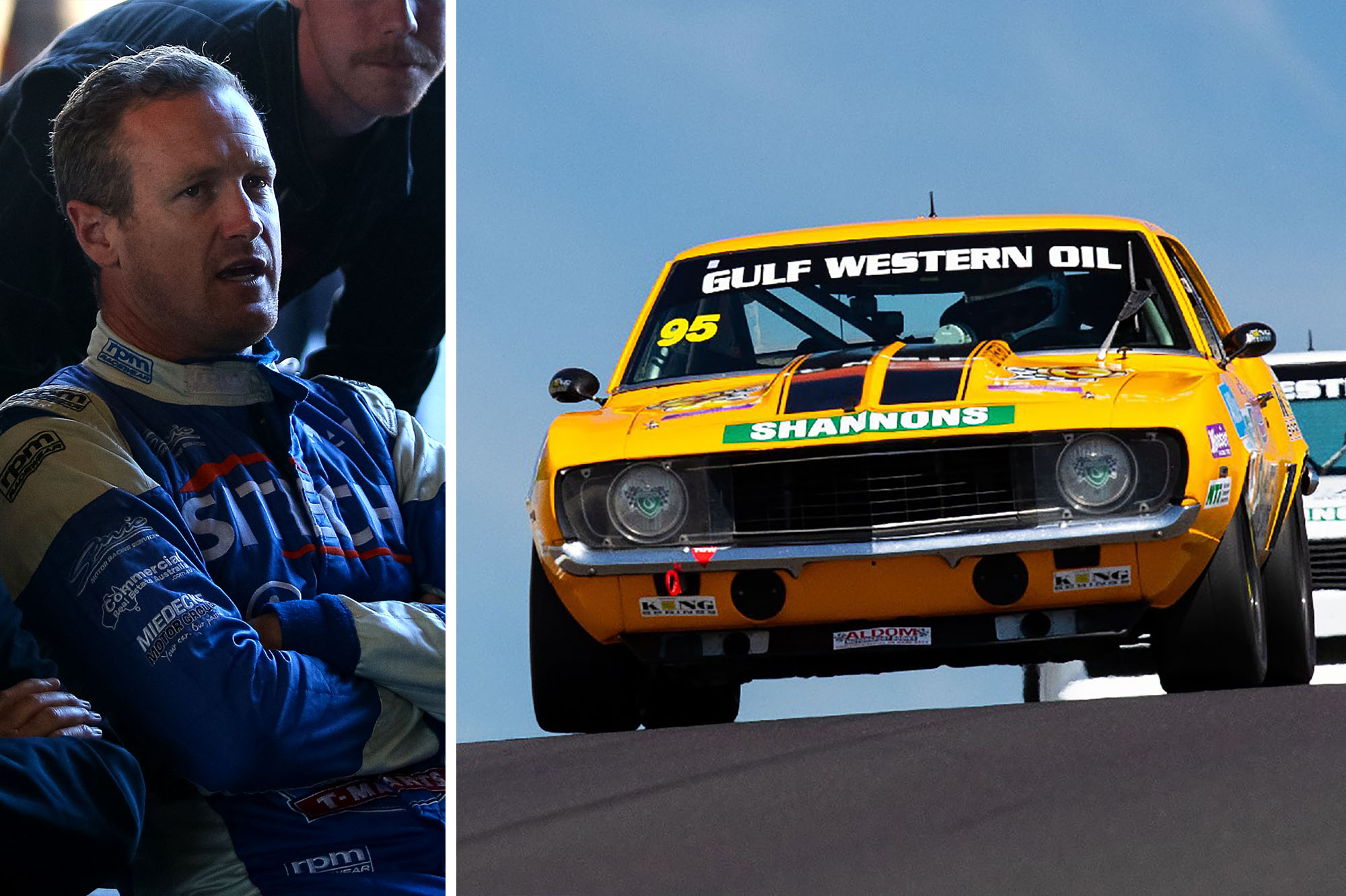 THE MIEDECKE surname will return to the Gulf Western Oil Touring Car Masters series at this year’s Bathurst 1000.

And he will do so racing the same car his Dad raced for the Adelaide-based team.

Miedecke will join Adam Bressington in the two-car Chevrolet Camaro team as the Whiteline squad shuffles their already successful line-up for the final round this year.

It will complete something of a career-long ambition for Miedecke as he follows in his father’s footsteps by driving one of the TCMs most iconic cars.

Regular driver Bressington will jump aboard the team’s race winning 1970 Camaro RS at Bathurst: border restrictions unfortunately keeping Queenslander Mark King on the sidelines for the event this year.

That will allow Miedecke to drive the iconic 1969 Camaro SS raced so successfully by his Dad – one of the most successful car and driver combinations in TCM history.

“It’s very cool and to be honest, I never thought I would get the opportunity to drive that car,” Miedecke said.

“I spent a lot of my formative years in racing watching Dad drive that car, or racing together at the same events like the Clipsal 500.

“It was always a bit of a dream of mine, not necessarily to drive in TCM, but more specifically to drive for Bob and Shaz. They have run such a good show for such a long time.

“Dad drove that car for six or seven years straight and that car and my early years of racing, are super connected.”

Miedecke, who continues to race – his last start came in the Bathurst 6 Hour Production Car enduro in April – said while he wasn’t searching for the Bathurst opportunity it was one he couldn’t turn down.

“We’ve got a lot of stuff going on at the moment and I didn’t really need to do this, but when Dad rang me and said Bob had been on the phone and wanted me to drive the car, I said ‘Hell yes! How do I make this happen!”

“TCM has a lot of very good cars and really good drivers and I think it will be tough given the amount of practice we get; I’ll still be getting to know the car on the last lap of race four, I reckon.

“At the same time, I’m lucky that over the years I have done a lot of laps at Bathurst – this will be visit number 13 or 14 to the Mountain.”

Miedecke Senior started 49 TCM rounds between his debut in 2010 and retirement from the class in 2016, all of them for Whiteline Racing.

The family relationship goes back even further than that, with Miedecke having raced NASCARs for the team – headed up by Bob and Sharon Middleton – well before they joined TCM.

George’s addition to the grid will further build on the family theme within TCM, with three second-generation drivers set to feature on the Bathurst grid.

The Bathurst event, the fourth round of the series, will see four races contested to decide the 2021 Touring Car Masters titles across all three classes.

TCM hits the track on Tuesday, November 30, with races on Wednesday, Thursday and Friday.

The Whiteline duo are likely to be contenders in what is shaping to be a strong TCM field to decide the 2021 titles; 19 cars currently entered for the Bathurst event ahead of entries closing.