A HISTORY OF WHITELINE RACING AT MOUNT PANORAMA 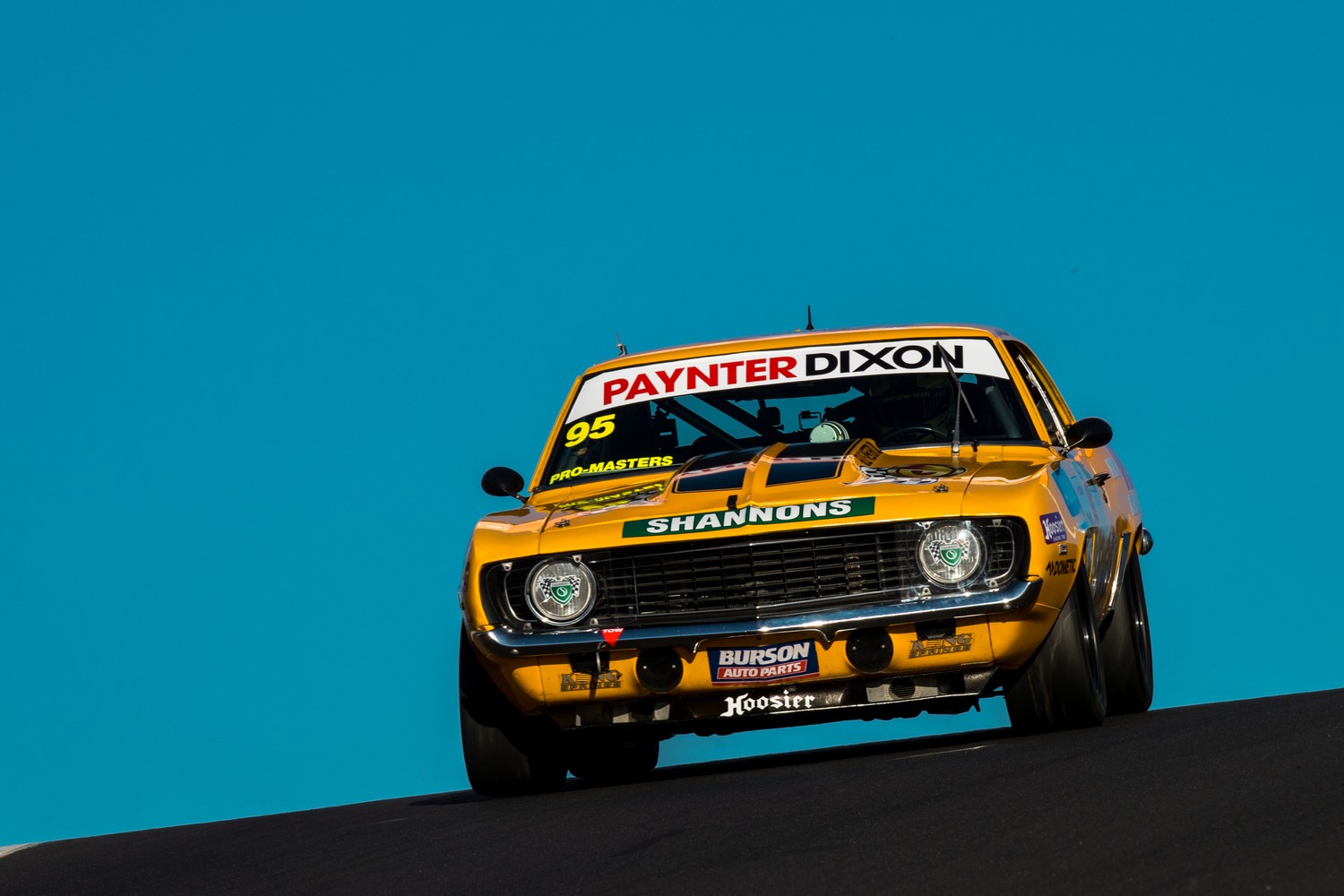 FOR THE first time in a decade, Whiteline Racing won’t be racing at Mount Panorama, Bathurst, in the month of October.

The COVID-19 pandemic has ensured the regular slate of support categories aren’t making the ritual trek to the Mountain this year, which means no racing for the Gulf Western Oils Touring Car Masters Series.

The lack of any Bathurst action this year has the team reflecting on their annual trip to the spiritual home of Aussie Motorsport – a circuit that has been a happy hunting ground for the Adelaide outfit since first joining the TCM grid there a decade ago.

If there has been a Bathurst constant in TCM it’s that the pair of yellow (and sometimes Red or Black) Camaros have always been a feature at the pointy-end of the pack.

Andy would go on to win the first race of the weekend and finish on the podium in race two, before an unfortunate non-finish in the third race dropped him out of round podium contention.

The team would not need to wait long for their first Bathurst podium, however; Miedecke finishing third in the 2011 round, having earlier scored pole position by a massive 1.1 seconds in a sodden qualifying session earlier in the weekend.

In fact, Miedecke’s qualifying record at Mount Panorama as a Whiteline driver makes for impressive reading, never qualifying outside the top four: As well as that pole position in 2011, he qualified second in 2010, 2013 and 2014, third in 2015 and fourth in 2012.

Miedecke won two TCM races on the Mountain for Whiteline – his second coming in 2013 – and finished in the top three on seven occasions from his 18 Bathurst TCM starts.

When he jumped out of the team’s ’69 Camaro at the start of the 2016 season, another dab hand at Mount Panorama’s 6.213 kilometres of twists, turns and undulations jumped in.

Adam Bressington had already impressed by running at the front of the TCM pack at Bathurst prior to linking with the team, but he took to the Whiteline machine like a duck to water on his Bathurst debut.

With Qualifying a non-starter due to fog, the grid was based on practice times with Bresso ultimately charging to third position in a stunning final race on Sunday morning.

It would be his first of three Bathurst top-three finishes: he repeated the effort in 2017 and then again last year, grabbing third in race one and second overall for the TCM runners that weekend – behind title rival Steven Johnson in a weekend dominated by the flying Kiwi Mustang of Angus Fogg.

A pair of front row starts – 2017 and 2018 – prove how quick the New South Welshman is when Bathurst rolls round.

While Miedecke and Bressington have starred for Whiteline on the Mountain, they’re not the only ones to have succeeded at Mount Panorama for the team.

Mark King assumed the driving duties of the squad’s 1970 Camaro RS from the start 2012 season and was a regular contender – especially at Bathurst.

The Queenslander, the owner of globally renowned King Springs, remains the team’s most experienced driver and made 7 round and 22 race starts at Bathurst for Whiteline.

Highlights include fifth overall in 2014 and 2015 and sixth overall in 2018 – though that finish could have been much higher. After qualifying 10th, Kingy charged to a stunning third position by the end of race one and backed that podium up with another in race two.

Unfortunately, a non-finish thanks to a broken gear shifter in the finale’ cost him a shot at recording a Mount Panorama podium.

Bernie Stack jumped aboard #85 the following year and qualified an outstanding 6th in the pouring rain. His finishes of a non-finish, 14th and 17th unfortunately did not quite mirror his stunning starting position in a challenging weekend.

Stack would return to the #85 machine last year to tackle the second Trans-Tasman event.