DOUBLE TROUBLE AT THE BEND! 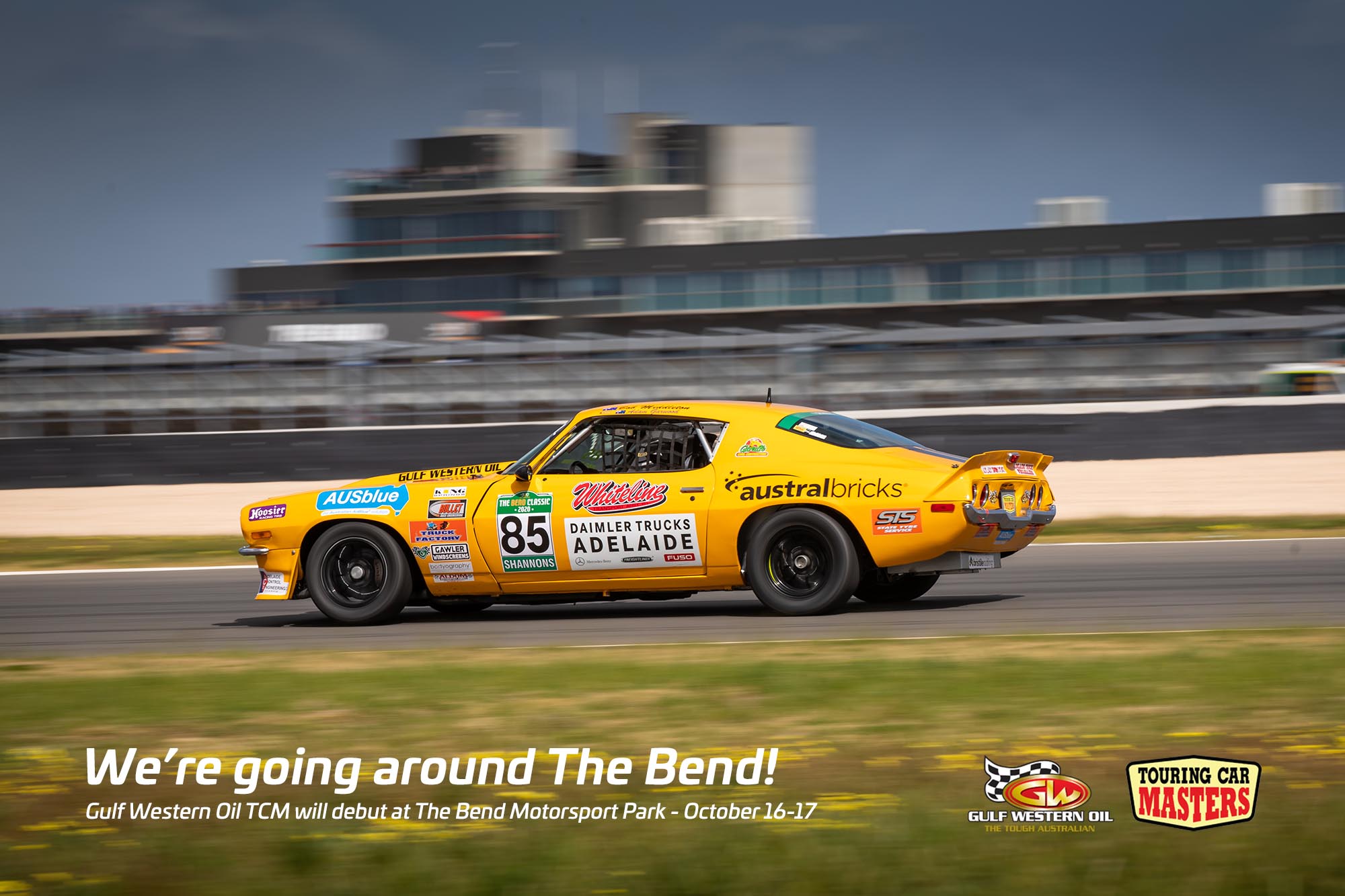 We’re getting a double header home round this October!

This is to make up for the now cancelled Sandown round, which was originally set for September in Victoria however has been cancelled due to the ongoing Covid-19 pandemic.

Instead, two rounds will be held across three days at The Bend.

It’s going to be one of the biggest weekends of national-level motorsport ever seen in Australia and the first time that TCM has raced at the 4.9km circuit just over an hour outside of Adelaide.

It’s also just the second circuit in SA to host a TCM round and the first time we’ll have raced at home since the 2020 Adelaide 500.

The Supercheap Auto TCR Australia Series, Gulf Western Oil Touring Car Masters and the National Trans Am Series will hold two rounds on the same weekend (15-17 October), giving race fans at the track and at home a plethora of action, while teams and competitors will gain a strong chance to complete their national championships and series.

Race formats and scheduling for the new Shannons Motorsport Australia Championship double header event at the South Australia circuit at Tailem Bend will be confirmed in the coming weeks.

Joining TCR, TCM and Trans Am will be the Fanatec GT World Challenge Powered by AWS. Its format does not change and will continue to host its round of the Motorsport Australia GT Endurance Championship – a three-hour two-driver race for GT3 and GT4 sports cars.

All races will be broadcast live on 7mate and 7plus (Australia), Sky Sport (New Zealand) and motorsport.tv (globally).