HOW WHITELIENE PREPARES FOR A TCM EVENT 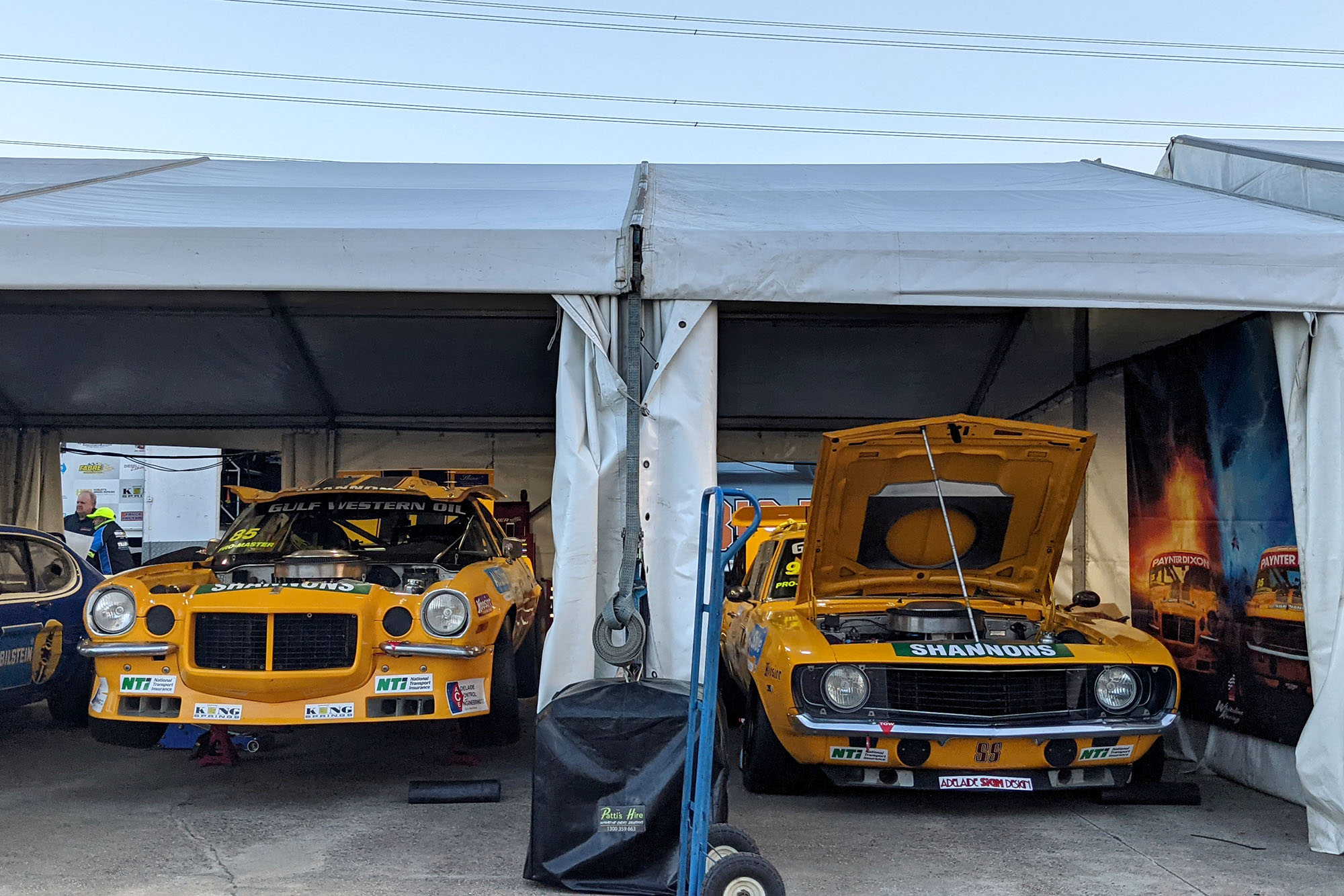 The Adelaide-based team fields a 1970 Camaro RS for Mark King and a 1969 Camaro SS for Adam Bressington with both cars always among the best presented amidst the always colourful TCM paddock – despite what previous racing adventures may have dealt them.

The team has detailed the extent to which lead engineer Pete Jones goes to for each round to prepare the cars in their latest in-house newsletter documenting the most recent round of the series in Sydney, available for download from the team website here.

As well as regular maintenance, the preparation for the Sydney round included making changes to each cars setup to suit the circuit as well as working on their in-house engine program.

After a driver change between rounds – Adam Garwood stepped out for Adam Bressington – the team’s #85 Camaro saw a new seat fitted to suit the returning TCM race and round winner and his individual preferences.

Minor panel repairs were completed to the front guard and headlight ‘rim’ following light contact with another car at Bathurst, before the Sydney Motorsport Park suspension setup and gear ratios were set for the 3.9km Sydney circuit.

King’s #95 Camaro had a slightly longer laundry list of items that needed completing before the cars were loaded into the transporter.

A broken engine mount was diagnosed and replaced, while all the cars ball joints were re-greased and re-bolted as required.

An oil leak at Bathurst saw the clutch cleaned and measured to ensure correct tolerances, while minor cracks in a crossmember, engine mount and a front spring mounting location were repaired.

The cars nose was repaired and repainted before going back on the car, while new headlight covers were fabricated and installed.

Finally, the car was sent to the Chassis Dyno to run in the cars new engine and tune the carburettor before loading the car up to Sydney.

Following a series of unfortunate engine issue at the Bathurst event earlier this year, the team also invested significantly in refreshing the squad’s engines ahead of the trip to Sydney.

Whiteline’s long serving Engine guru Ed Luttrel travelled down from the Gold Coast to assist the squad with the process of returning their 700-plus horsepower Chevrolet powerplants to full health for the Sydney event.

As well as a complete re-build of the #85 cars race engine, the team’s spare Chevrolet powerplant – which ended up in the car after a mid-event switch at Bathurst – was also rebuilt after throwing a pushrod at Bathurst.

The extensive work paid off for the Adelaide team at the Sydney event, with Bressington finishing second in the ProMasters class, while King climbed to 10th overall in the standings at the series’ half-way point.

The Gulf Western Oil Touring Car Masters Series will return to the track this August for the series’ first event at Morgan Park Raceway in Warwick, Queensland, on August 13-15.