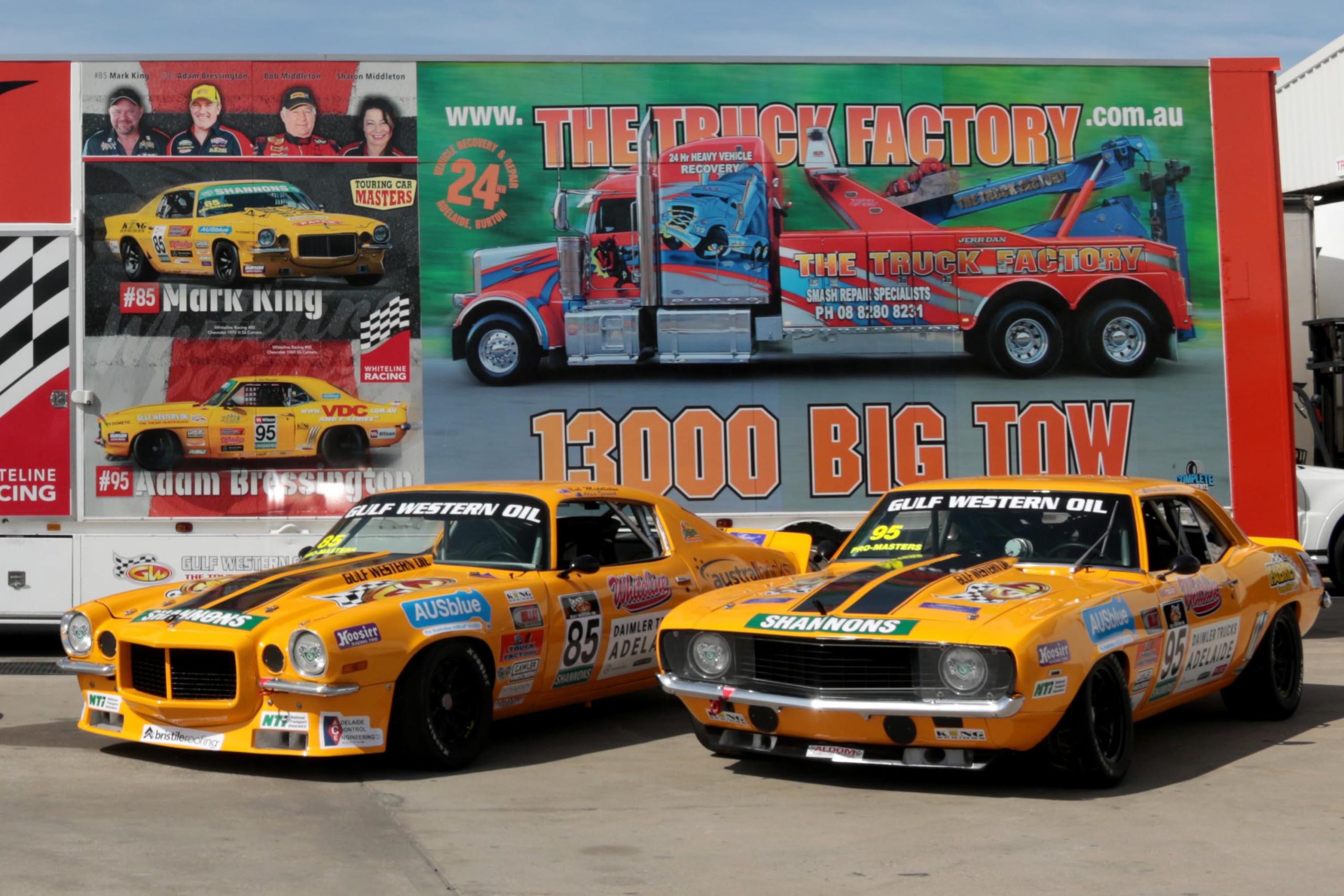 Tasmanian young-gun Adam Garwood will return to the team following a partial season with the team in 2019 and a strong run at the Adelaide 500 in March earlier this year.

Garwood will continue to pilot the team’s #85 1970 Chevrolet Camaro RS he has already raced so effectively, including scoring several podium finishes.

King returns to the team in 2021 following a two-year stint on the sidelines. Once of the most experienced drivers in TCM history, a vast majority of King’s 195 TCM race starts and also the 2014 Pro-Am class championship came aboard Whiteline Racing-prepared machinery.

King will drive the #95 Chevrolet Camaro SS in 2020, stepping into one of the most successful TCM cars of all time.

Long-time Whiteline regular Adam Bressington, who won the only TCM round contested in 2020, will step aside next year to focus on his growing business and young family.

“The timing is perfect. I had some surgery which took 12 months to get over, Bob had the car available and I’ve always wanted to drive the #95,” Mark King said. 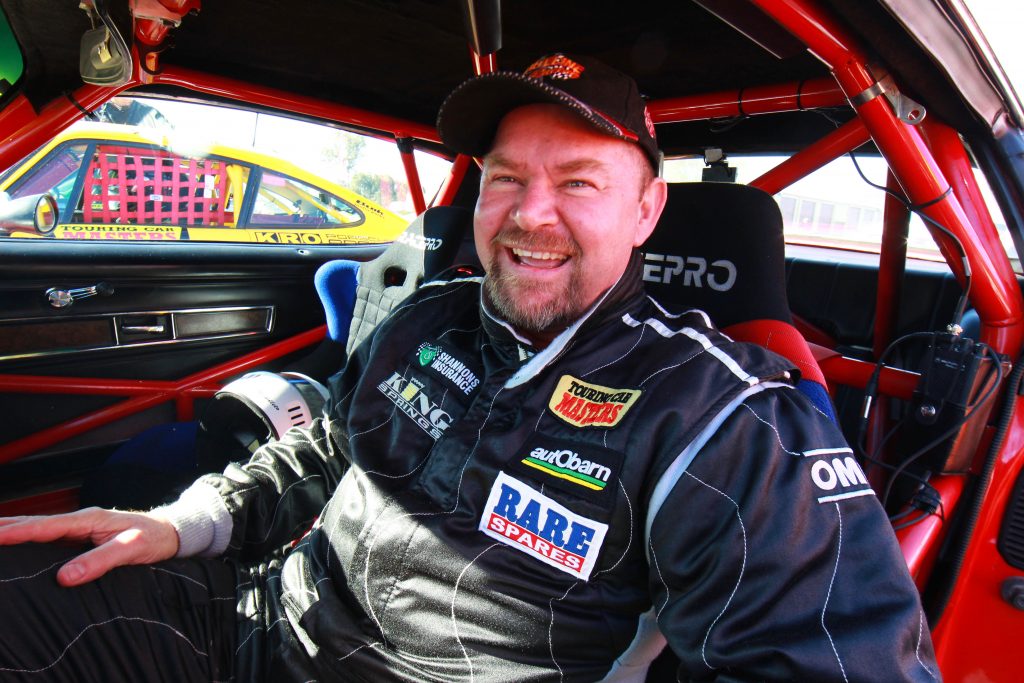 “Bust most of all it’s about the relationship with the team. We’ve become great friends and part of the whole thing is to catch up with some friends and do some racing.

“The Camaro is so well developed, and the car has always been at the pointy-end of the field, so it will be great to be in a car that competitive. I think there’s going to be some great healthy competition between Adam and myself, for sure!

“We are all very keen and have already been in discussions with the team and Adam talking about advancing the cars and getting things ready and it’s great to be engaging that.

“We’ve been locked in our own ‘bubbles’ for so long that it’s just going to be great to get out and go racing again!”

“We made some really positive changes to the car in Adelaide this year and the car was great, so we were really looking forward to the remainder of the year. We had good pace in round one but a bit of bad luck, so it will be good to pick up where we left off next year. 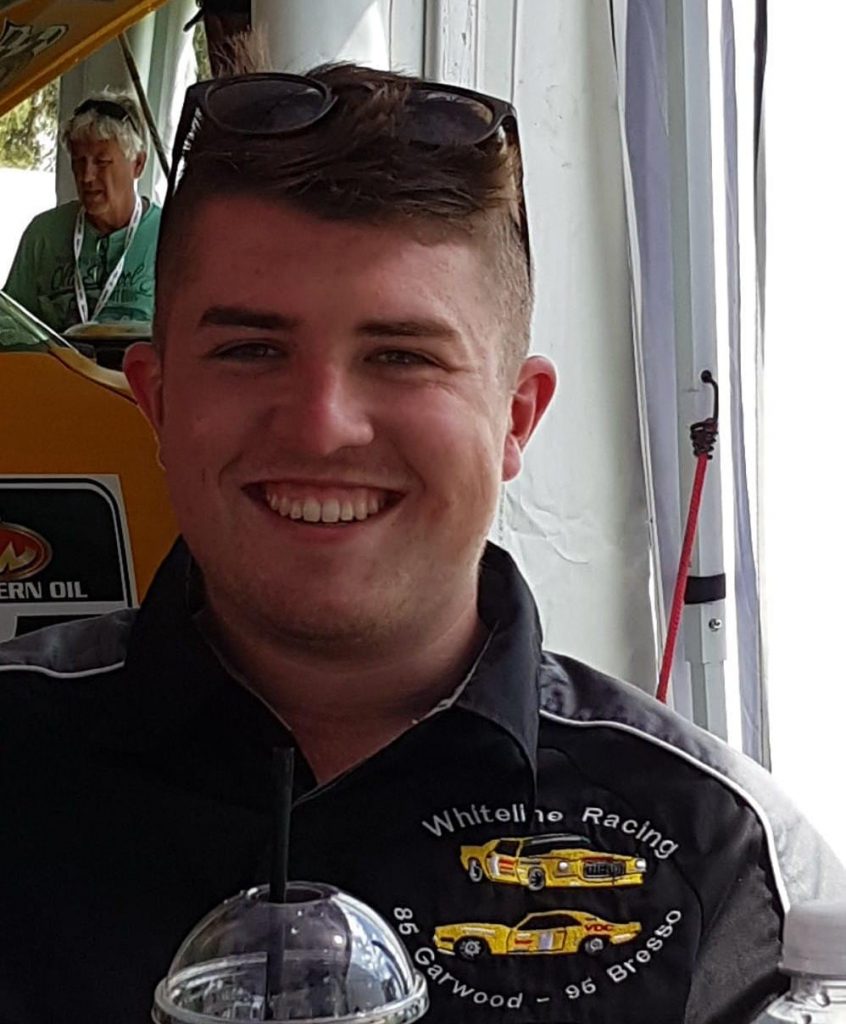 “The car is well sorted, it’s easy to drive quickly and Whiteline are a great team to be around.

“Starting at Symmons Plains gives me a bit of a home track advantage and I’ve done a lot of laps around there. The Camaro is well suited to the track based on how Mark and Andrew Miedecke have gone there before so it will be a great way to start the year.”

2021 will mark the twelfth consecutive season that Whiteline Racing will have had a presence in the Touring Car Masters series, with the new season commencing at Symmons Plains Raceway on January 25-26.

“Adam and Mark are going to make a great team in 2021 and we’re excited to get back on the road and racing once again after such a long time on the sidelines,” Whiteline Racing’s Bob Middleton said.

“Having said that, after I drove the Camaro at The Bend Classic in September those two had to fight to get me out of the seat.. but in the end we decided it might be best if they take over full-time driving duties again!

“Kingy is part of our family and we love having him part of the team. He’s been away for a few years, but we know he’ll get back up to speed quickly.

“Adam is one of the best young guys we’ve had in the category, has already proven how fast he is and now he’ll have a chance to show what he can do over a full season. It will be pretty special to have him in a Whiteline car on his home track, too.”

The Whiteline team has also ensured the contribution made by Adam Bressington does not go unrecognised.

“Bresso has been such a key part of our team,” Middleton said. “After Andy (Miedecke) stepped down from racing, he stepped up and was in the mix for wins at every round and in every race. He and his family have become close friends of our own and they’ll always be part of Whiteline Racing.”